EOM Pharmaceuticals is a clinical-stage company focused on developing drugs with the potential to transform therapeutic paradigms and improve quality of life in patients suffering from debilitating and sometimes deadly diseases, including infectious diseases; autoimmune diseases including rheumatoid arthritis; and cachexia associated with AIDS and cancer.

EOM613 is a peptide-nucleic acid solution created through a chemical process in which ribonucleic acid is combined with short-chain peptides.

EOM613 can also stimulate a pro-inflammatory response when needed. Normal physiological functions of the cytokines would not be shut off completely elsewhere in the body, as might be expected with an anti-IL-6 or IL-12 antibody. 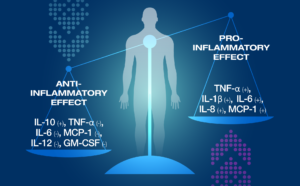 As noted above, this dual-acting, broad-spectrum approach may overcome a key limitation of many conventional immunomodulators that only reduce the inflammatory state, which may leave a patient more vulnerable to infection. Human cell culture studies suggest that EOM613 may be a dynamically dual-acting immunomodulator that can suppress or stimulate monocytes and macrophages depending on the activation state of those key immune cells. 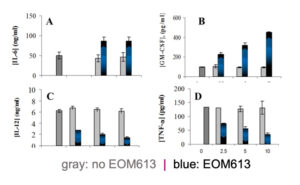 EOM613 affects monocyte/macrophage function based on the cellular activation state resulting in either further activation or suppression. 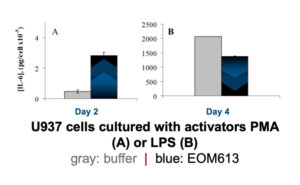 EOM613 also induced anti-inflammatory effects in PMA- and LPS-activated U937 cells (reduced phagocytosis and increased IL-10 secretion), not shown in this chart.

A Unique Mechanism of Action:

Watch how EOM613 may work to re-establish natural balance in an immune system that has been confronted by an invading antigen, pathogen, or virus

The legacy of EOM613 began in World War II when its precursor Reticulose was used successfully to treat soldiers with the flu. It was considered a significant treatment advance at the time and has been studied continuously in the pursuit of realizing its full potential as an anti-viral and now in a new formulation as a novel dual-acting, broad-spectrum immunomodulator.

A Historical Timeline of EOM613 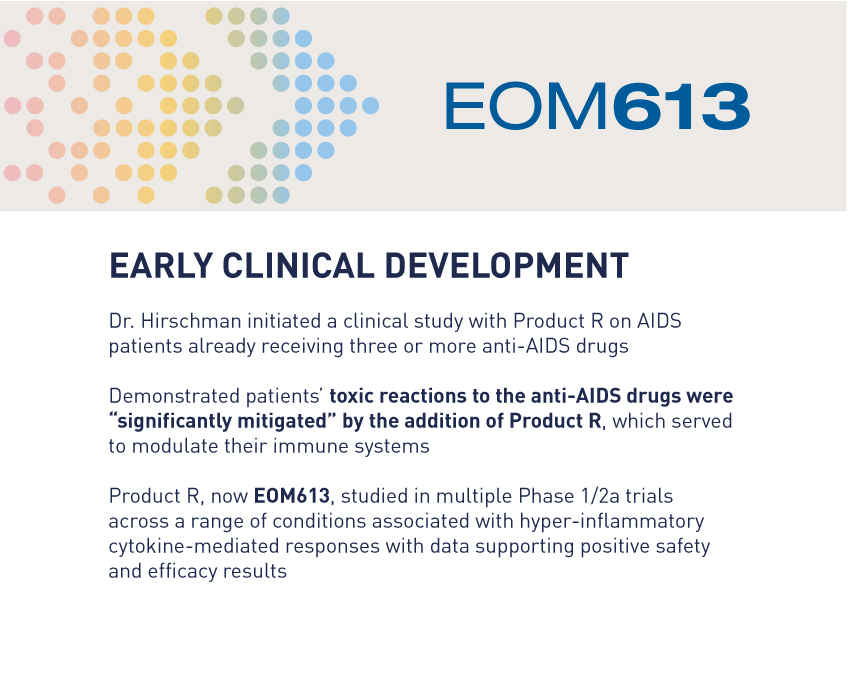 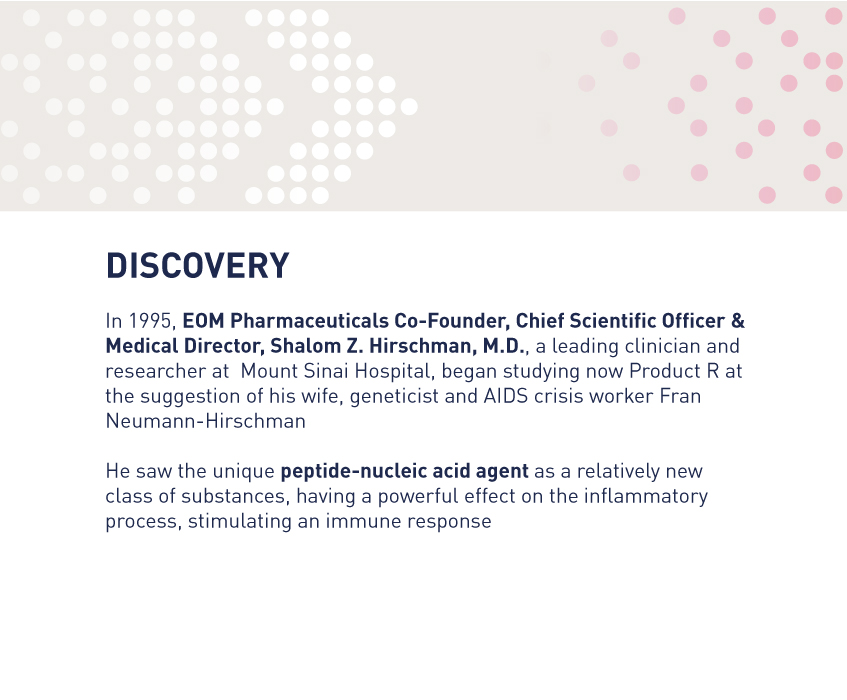 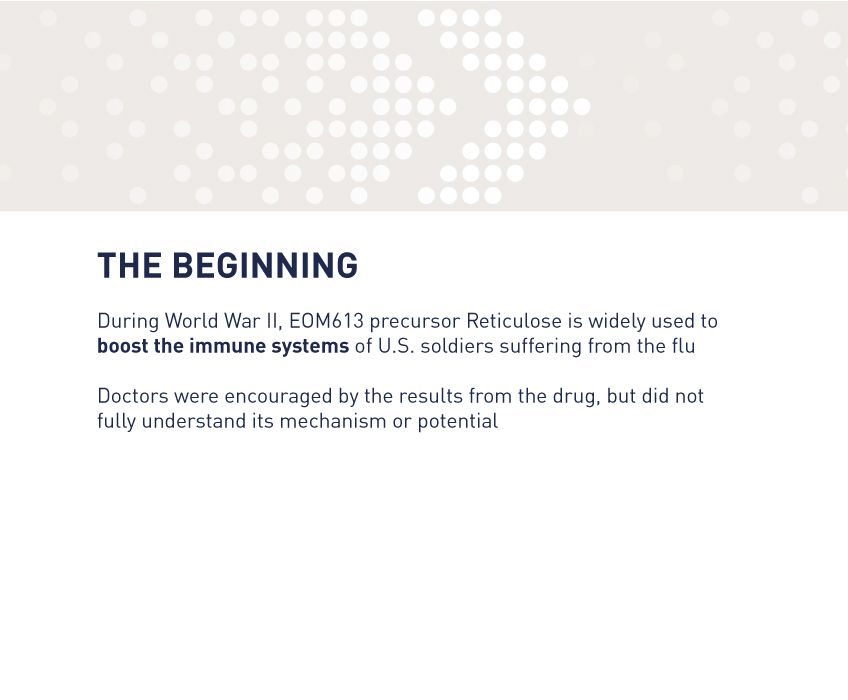